In basic terms of 5G means the fifth generation. What is the fifth generation of exactly? The wireless data network of the fifth generation. Better mobile communications and faster phones are probably the two things you’ve heard the most about regarding 5G home internet. You’re not entirely off base. Using different radio frequencies than previous generations, 5G networks hope to give users substantially higher internet speeds while also less lag or delay.

Is 5G the solution for your home internet?

Is it possible that 5G will be the solution? The same cutting-edge technology that powers our newest smartphones is now aiming to meet our growing need for high-speed Internet access at home. Early 5G home internet options from providers like Starry, T-Mobile, and Verizon offer reasonable speeds for a fair price. Still, they’re only accessible in a few cities and regions throughout the US. By going deeper into it, you can learn more about how it works, how fast it delivers, how much it costs, and where it is now available. By going deeper into it. You can learn more about how it works. How fast it delivers? How much it costs, and where it is now available? Many of us are fed up with being bound to internet service providers by long contracts, slow speeds, restrictive restrictions, and ever-increasing charges. All too frequently, though, we are left with little or no choices.

Why 5G home internet is faster?

Compared to prior generations, millimeter-wave technology utilizes substantially higher frequencies, resulting in faster speeds and connections. However, the more incredible gigabit speeds cost: the data does not reach 4G and has barriers. To counter this, the millimeter wave’s service area has been expanded using mid-band technology, which operates at speeds between 300 and 400 megabits per second. Low-band 5G, on the other hand, has a range equivalent to 4G but has a maximum speed of 100-200Mbps.

With 5G home internet, you’ll be able to stream movies more smoothly, upload videos more quickly, and connect more of your gadgets to the internet with fewer delays, changing the way you live.

Is 5GHz the same as 5G in terms of capabilities?

One typical blunder is assuming that because your Wi-Fi network is configured to “5GHz,” you have a 5G connection. Wi-Fi routers send your internet signal to connected devices in your home using short-range radio frequencies (usually 2.4 or 5 gigahertz). It’s important to note that 5GHz is a Wi-Fi band choice for your house, but it is not the same as 5G, a cellular technology that utilizes higher-frequency waves than Wi-Fi.

What sets 5G home internet apart from fibre and cable?

Most ISPs supply home internet service using phone lines or cables. That includes DSL, coaxial cable, and fibre-optic internet — all of which are wired connections from your provider to your home. 5G home internet, on the other hand, is a fixed unlimited wireless internet service, meaning the provider and your home are connected wirelessly. To receive 5G home internet signals, your provider will need to install an inside or outdoor 5G receiver. It’s like satellite internet, but instead of sending data from far-off satellites, it sends it from a nearby wireless hub. Even though you’re on the same 5G network as your phone, your gateway is location-specific.

How does 5G internet work?

5G home internet is a type of wireless network technology that is currently in development. Similar to 4G, it delivers internet data to mobile devices through radio frequencies and cell towers, just as 4G. 5G, on the other hand, integrates new networking techniques and a considerably more comprehensive range of radio frequencies, allowing for faster speeds and greater capacity.

Customers will benefit from new technologies such as massive MIMO and beamforming. It will allow 5G to deliver faster and more targeted cellular signals. Small-cell transmitters, which are essentially smaller versions of cell towers, disseminate millimeter-wave radio signals, which can provide data to your phone at gigabit-plus rates in densely populated places, allowing you to stay connected longer. As part of their efforts to make their 5G networks more adaptable, cellular operators have also begun implementing software-based networking architectures. With 5G, the ultimate goal is to use it for a broader range of applications, such as robotics, automated factories, and self-driving cars. 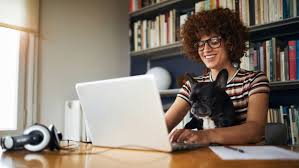 5G is less of a specific service and more of a generic notion and suite of wireless technologies rather than a hard-and-fast connection. Different types of 5G home internet networks are available, each of which delivers a different speed. They can be utilized in various ways, including 5G for mobile and 5G for home internet.

In the future, three different network types will function together in the 5G networking architecture; however, the radio signals in the three tiers are other.

Low-band 5G can be thought of as a protective layer that covers the entire country. As a starting point for 5G. It will be a good starting point. Using the same frequency as T.V. transmissions. A single low band 5G tower may cover hundreds of square miles, even more, remote areas.

Mid band 5G, which has to speed up to six times faster than 4G LTE, is expected to be more widely available in major U.S. cities. Since carriers may commit more resources to mid band 5G, data speeds are higher than for low band 5G, which covers a narrower area.

It is ten times quicker than 4G LTE. However, it needs to be near a tower to work. Better connections and faster downloads are possible with 5G. Verizon’s 5G Innovation Lab uses the new high-band spectrum in its applications.

The main benefit of 5G is speed. 5G speeds already range from 40 Mbps to over 1,000 Mbps, eclipsing 4G’s average of 30. 5G’s gigabit speeds are restricted to cities. Mid-band 5G technologies like “C-band” might give millions of people access to speeds between 100–500 Mbps, which is excellent for cellular service.

5G networks use radio frequencies that have never been commercially exploited, meaning there are more airwaves accessible to transfer your data than before. With 5G home internet, people won’t have to worry about network congestion or long loading times while sending texts or posting on social media in crowded venues like sports stadiums or music festivals.

5G home internet is cheaper and provides a more reliable connection with unlimited data than 5G cell phones or hotspots. In general, 5G home internet services offer speeds between 200 and 1,000 Mbps for less than $70 each month. They charge a single rate for every package.  There are no hidden equipment or installation costs and they don’t require long-term contracts.

Verizon, T-Mobile, and Starry are now offering 5G home internet services. Each service provider has a single plan, and it’s only provided in certain sections of a few U.S. cities. Towns. Additionally, both Verizon and T-Mobile offer 4G LTE internet services. It operates similarly to 3G but via a faster cellular connection.

Although research on 5G home internet is still in its infancy, it already appears to be an excellent service. It’s not widely available, but it’s a less expensive, easier, and just as fast alternative to traditional fibre and residential cable connections.

Verizon’s 5G home internet prepaid data plans, which start at $75 per month for unlimited data or $40 per month for a 5 G.B. data-capped plan, offer Nationwide 5G as an option. As of early 2021, the costliest unlimited package will include U.W. 5G.

Starry internet doesn’t require a long-term contract from you. Moreover, they don’t require equipment fees. For $30 a month, you can get Starry basic, which offers 50Mbps up and down speeds. The monthly cost of Starry Plus 5G home internet, which offers 200Mbps down and 100Mbps up, is $50. Other, faster, and more expensive options are available. For $80 a month, you can get speeds of up to 1 Gigabit per second (Gbps) down and 500Mbps up. However, these service options aren’t readily available everywhere in the world.

With T-Mobile 5G home internet, there are no data usage restrictions. There’s no need to limit how much internet you use because you won’t run out of bandwidth. Customers who already have (or convert to) a tax-included plan pay just $60 for T-Mobile Home Internet with AutoPay. Additionally, they include all setup and tax payments, and there is no long-term commitment. If you’re a new YouTube T.V. member, you can save $10 off your first month with this offer, which is valid through the end of 2021.

What’s the difference between 5G wireless and 5G home internet?

5G is an exciting new wireless networking technology that has a lot of potentials. With internet rates ranging from 40 megabits per second (Mbps) to well over 1,000 megabits per second in some regions. It is both faster and more efficient than traditional 4G. 5G also serves as the foundation for a new sort of home internet service that is both cheaper and quicker than conventional cable internet service. As 5G deployment progresses, we’ve been keeping a close eye on developments, particularly the advent of 5G home internet services. Consequently, we created this guide to help you understand the latest advancements in the 5G rollout. It includes information about how much it costs, how it works, and where the technology is already available.

Before we move any further, it’s critical to understand the difference between these two 5G applications. 5G wireless networks are used by cell phones and Wi-Fi hotspots. It can provide mobile data to customers with the help of a phone plan from a cellular operator. A fixed-wireless connection gives Wi-Fi connectivity in your home with a router of  5G home internet service. In order to receive signals from a nearby cell tower and provide internet access to your P.C. and other devices, it makes use of a 5G router.

Yes, 5G technology outperforms 4G. As a result, you’ll be able to download files faster, watch videos, and engage in online gaming on your phone with substantially less buffering and interruptions with 5G.

In contrast to 4G, 5G is also considerably less commonly available, so it’s worth keeping in mind that. Overall, 4G remains the industry standard, whereas 5G will only be available in select cities, towns, and urban regions. However, as wireless service providers build up their 5G networks and encourage customers to take advantage of them, this will change.

How much Faster is 5G home internet than 4G?

However, actual speed varies greatly depending on the sort of network you’re using for 5G home internet, with speeds up to ten times quicker than 4G. Although 5G promises higher download speeds, the lowest available rates aren’t much faster than 4G, at roughly 40 Mbps. Only a few highly populated urban areas will have 5G with download speeds exceeding 1,000 Mbps.

What is the difference between 5G home internet and satellite internet?

High speed internet providers near me in 2021